Importance Of 5G In Tech Evolution

Telecom is going through a great revolution regarding technology - 5G is set to transform industries. Users are expecting dramatically faster downloads, responsive networks; in short, a seamless experience. So would 5G unfold a new world of fully connected sensors and devices? Would 5G interface rewrite the fundamentals for a social and economic change? Let's discover the role of 5G in tech evolution. 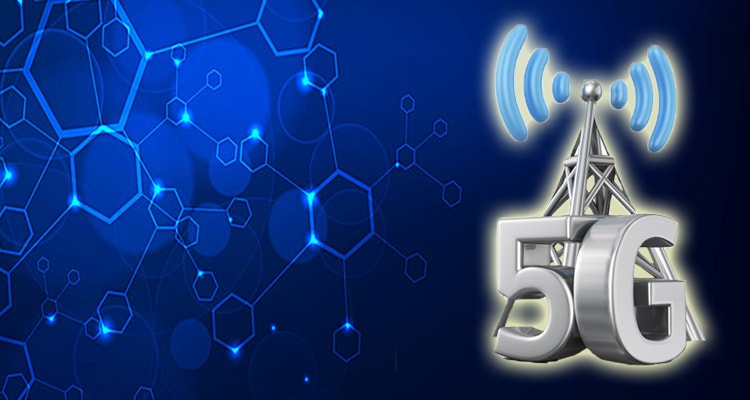 VR, Driverless cars, IoT, Wearable devices, connected vehicles, AR, mixed reality, extended reality… an innumerable amount of new technologies and technological advances are expected in the nearest future. Some of them, are affecting the reality of thousands of people, for example, VR, AR, and IoT are becoming an essential part of our lives. Billions of things are interconnected, and today we will discuss the importance of 5G in tech evolution as well as what it is exactly.

With the current situation, It doesn`t matter what you know today; it quickly becomes yesterday´s news. You always need to look further.

All this creates a tremendous amount of data-traffic that has to travel across the landscape to reach every device. To be able to move all this data and signals, you require different robust ports and networks that distribute and handle it.

3G technologies provide us with the internet, 4G gave us the speed of that internet that we currently enjoy. 5G will allow us to connect all those different devices and change everything. The tendency is that we have more users connected to various devices, that means that, using 4G or LTE, will be not enough to connect them and maintain high speed.

Not even experts are capable of defining 5G, however, for the common understanding, 5G is a stretchment of your range of internet speed.

It is made out of 5 different foundations that help distribute internet speed and make “connection reach” smarter and powerful.

This is probably the most significant change regarding how we use the frequency with technology. Smartphones and other electronic devices use a particular frequency on the radio spectrum. With the real tendency of connecting more and more devices, these frequencies are getting Crowder and Crowder. The more they get, the slower the data and signal travel, therefore we start to experience more “dropped connections.”

With this new millimeter waves, the gap on which the signals travel will open up. Let more space for the signal to move faster and better across de ports (30 kHz------ 300 GHz).

However, there is one inconvenient. This type of waves doesn`t travel well across the building, plants… with the current infrastructure. Which bring us to the second foundation.

The methodology of today is to have one centralized power that distributes the entire signal unidirectional on long distances. For that reason, the further away the networks find themselves from the central power, the worst connection/signal they receive from it.

With millimeter waves or high frequencies, the main problem is that they have trouble to travel across buildings, trees, mountains. We will have to install thousands of “power mini-stations.”

Having all these different mini-stations distributed all across the cities will work as signal centrals, giving the people a faster connection depending on which mini-tower they stand closer.

Picture the current signal towers. Most of us know them as one long stick with a bunch of different ports used by the central tower to shot the signal across. With multiple inputs, these towers will have different levels of ports/outputs.

It will translate the power of signal x22

And unfortunately, just like with the first foundation, the problem with Massive MIMO leads us to the 4th foundation. All those crossing signals and multiple mixed connections between them can cause serious problems.

We have solved the problem with how rigid the signals are and how far away and powerful they come out of the main signal tower. Now we place ourselves in the middle of the city, trying to get the connection through thousands of other people. The signals that we receive bounce across each other, building - there is not a smart way to distribute it towards the people. Omnidirectional.

Beamforming works similar to a cross-light. What it does is to organize all data/signals, being more accurate on the signals being launched. Instead of shooting them in all directions, it will create preferences and type of signals that will be launched to the right device. A focusing stream of data to a specific user.

Do you reminisce how we used to play with our walkie-talkie? You would press one button say something and say something to the other person. You weren`t able to reply until the first person finishes with everything he wanted to say.

Signal waves can only travel in one direction in frequencies. The approach that telecommunication companies had before is to create another line beneath the main one, with less Hz. (1Gh to 800 KHz).

Therefore, despite having less power, you would be able to communicate at the same time.

The new approach is much more beneficial for everybody. There has been able to create around way between the devices if they are going to send a signal at the same time, in the same frequency.

That being said, it is important to point out that this is still a working process technology. It has started to implement in particular areas, but it won`t be available until 2019 when it is going to, and until 2025 the moment everybody will have access to it.

One of the hardest accomplishments for it is to be able to build the entire infrastructure needed for this technology.

'Current 4G mobile standards can offer 100s of Mbps. 5G gives to take that into multi-gigabits per second, giving growth to the ‘Gigabit Smartphone’ and hopefully a slew of innovative services and applications that truly need the type of connectivity that only 5G can offer,'

MORE BY AUTHOR
Black Friday Savings - Deals, Tips And Unlimited Discounts
Get 7 Days A Week Shopping Sales Online
Make Your Sleep More Comfortable With Availing Plushbeds Discount Code
A Guide To Perfect Jewelry For Every Occasion
Online Shopping Tips & Hacks To Save Money Live Better
RELATED BLOGS
How Brands Can Win With Internet Of Things (IoT)?
5 Fantastic Tech Gadgets You Should Acquire Right Now
Virtual Reality (VR), A Reality?
Top 11 Luxury Cars You Must Buy In 2020
How Much Does Business Electricity Cost In The UK?
MOST VIEWED BLOGS
Top 11 Luxury Cars You Must Buy In 2020
Implantation Bleeding and Cramping – Are they Symptoms of Pregnancy?
110 Halloween Facts and Myths You Never Knew About
What Is Animal Testing? | Facts | Pros & Cons | Alternatives
All About Layaway - Pros And Cons - The Stores With Best Layaway Plans
Tags