Having a cat in your house makes the atmosphere lively and pleasing. Whenever you feel sad, your cat always caresses you with her warmth and love. If you have an exotic shorthair cat in your house, you must need to know these interesting facts about them so you can love them even more. 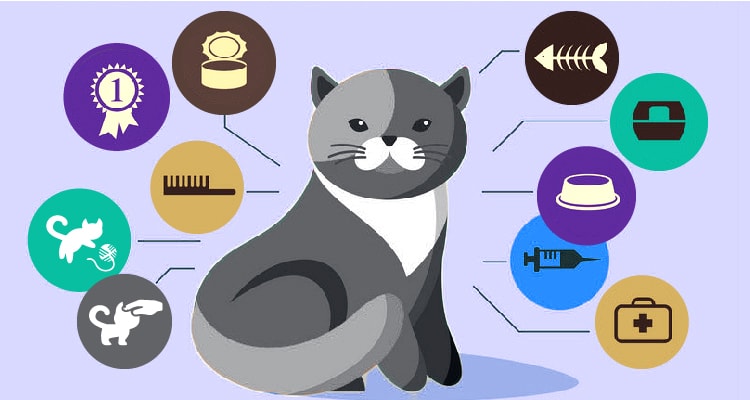 Cats are the adorable creatures; they always rejoice you whenever you feel low or depressed. No matter which breed you pet, a cat is a perfect companion of your bad days.

If you are a cat person, you are at the right place. You will find some amazing facts about exotic short hair cat in this article. Read on...

Exotic Shorthair cat is one of the most popular breeds, and they are the short hair version of Persian.

They are identical to the Persian such as temperament, flat nose, face, and short coat. In the year 1950, some American Shorthair breeders used the Persian as an outcross.

This breeding was done in secret due to improving the type of body of the exotic shorthair, and one more crosses were made with the Burmese and the Russian Blue.

In the year 1960, their confirmation went through a period of remodeling due to this hybridization. Their boning grew heavier, head rounder, shorter nose and coat become dense and long.

Because the Persian`s confirmation was widespread, they did well in the shows and although they were not a recognized breed at the time. Until the year 1965, they were known as Domestic Shorthairs.

Bengal cat is also one of the most popular breeds but nowadays, Exotic shorthair cats are more popular, and they have a large following among cat fanciers.

In the year 1967, they were accepted by the CFA for Championship status. In the year 1971, the first exotic cat has received a rank of Grand Champion.

Then the CFA breeders were allowed to shift American Shorthair and Persian hybrids into Exotic classification.

In the year 1987, outcross of Exotic Shorthair was closed by CFA and leaves the Persian only allowable outcross.

Due to more use of Persian as an outcross, some of the Exotics carry a copy of the longhair gene. When two of these cats mate, then there is a chance that from four of them one being longhaired.

Facts about their Coat

Exotic shorthair is the most adorable cat you can pet. You will find a perfect companion who can deal your mood swings better and give you a lot of love in return. So, take care of this furry angel and embrace its existence.

MORE BY AUTHOR
Black Friday Savings - Deals, Tips And Unlimited Discounts
Get 7 Days A Week Shopping Sales Online
Make Your Sleep More Comfortable With Availing Plushbeds Discount Code
8 Mistakes Couples Make With Their Wedding Gift Money
Online Shopping Tips & Hacks To Save Money Live Better
RELATED BLOGS
7 Health Problems Cat Owners Overlook
16 Awesome Pet Subscription Boxes For Every Budget
What Is Animal Testing? | Facts | Pros & Cons | Alternatives
5 Facts About Equine Therapy That Everyone Needs To Know
Dog Bite - Why Is It Increasing And What Parents Need To Know
MOST VIEWED BLOGS
Top 11 Luxury Cars You Must Buy In 2020
Implantation Bleeding and Cramping – Are they Symptoms of Pregnancy?
110 Halloween Facts and Myths You Never Knew About
What Is Animal Testing? | Facts | Pros & Cons | Alternatives
All About Layaway - Pros And Cons - The Stores With Best Layaway Plans
Tags