How Much Does Business Electricity Cost In The UK?

Electricity is one of those forms of energy that tend to vary the most with varying inflation rates. These are different for residents or domestic users, and business users. The electricity rates tend to vary from country to country. 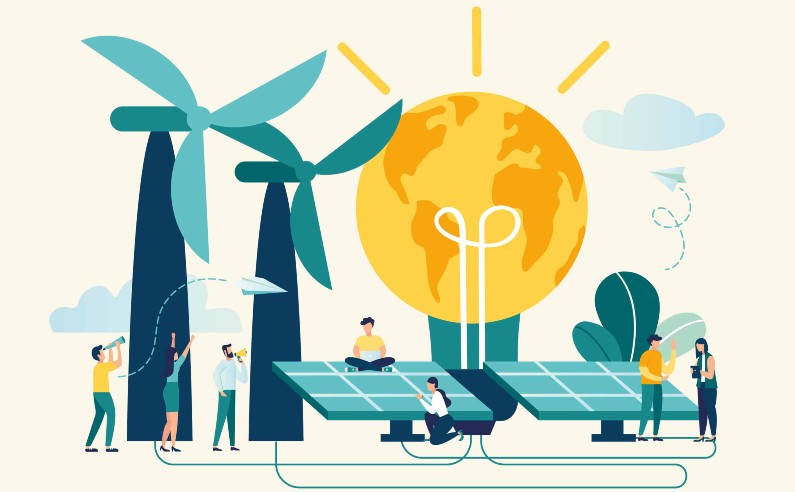 In some countries, the rates are so high that these bills make their way to the account payables portion of the firms' balance sheet, while for others, this is not even a problem and is considered a low amount.

This also varies based on the size of the firm and what the firm does for a living. There are different business electricity rates in the UK, and these rates have been listed down below.

These businesses are extremely small in size. Sole traders mostly run a business like this. There are hardly any signs of partnerships. A micro business has hardly one or two employees, and their work is small.

Due to this, they do not require a lot of electricity, their bills are not spread over higher numbers of fixed units, and they cannot take advantage of economies of scale. These businesses are charged around 18.8 pence per kilowatt an hour.

Sole traders usually run these, but unlike micro-businesses, partnerships can be seen in this type of business. The number of employees is slightly higher. An example can be a small café or salon. The office size is slightly bigger than micro-businesses as well.

These types of businesses are charged higher than micro-businesses. Almost around 19 pence for every kilowatt an hour. They consume more energy because of the increased number of employees and office size.

On average, a small-sized business uses around 20,000 plus kilowatts of energy an hour. They also experience a value-added tax of 20%.

They are only charged around 17.5 pence per kilowatt an hour of energy consumed. This is mainly because the concept of economies of scale has begun. Bulk buying has become a benefit which they are now seeking due to its bigger size. The cost is spread over the high number of fixed units.

A large-sized business is hardly ever run by sole traders because of the high levels of expenses. These are usually formed under a partnership, or the company becomes a public company.

The number of employees is greater than 100, and the office size is huge as well. A large-sized business also tends to use a lot more energy than other businesses of different sizes.

However, out of all the sizes, a large-sized business receives the lowest rates in the market, and that is because the cost is spread over more fixed units. They can enjoy bulk buying and economies of scale. These businesses are charged around 17 pence per kilowatt an hour of energy or electricity, in particular, being used.

When all is said and done, it is important to understand the factors that can affect the different rates of electricity being charged to a business in the UK. Some of these factors have been listed down below.

Using gas and electricity together:

If a company relies more on gas and less on electricity for different appliances, the charges would be a lot different in nature as well. Some companies are just more intensive towards one type of source of energy being supplied to them.

If the contract is for a long period of time and the supplier wants to remain your partner in the long run, then you might be able to avail more discounts than if you had picked up and formed a short-term contract with your supplier.

If your office is located in a place or city in the UK where the overall rates of everything in the market are low, then you will be charged low rates for electricity as compared to had your office been in a posh area.

Before making the contract, you must see what price is currently being offered in the market. This is because you need to make sure that you do not pay more than what you originally had to. This is important and must be covered in your market research process. Check the overall wholesale prices. If the price of gas is lower than electricity, you would want to switch the source of energy altogether.

Businesses have to give out 20 to 30 percent of the total bill that they have because that is what the government is seeking.

The taxes being charged on the domestic consumers or residents stands in no comparison to this. They are only charged a mere 5% of tax when it comes to electricity bills. This is because the government provides more relief to residents and domestic consumers than businesses.

This was all about the different rates that are charged to businesses. We had understood that as the size of the businesses increases, the number of employees and size of the office also starts to increase. However, with that, their energy consumption patterns also get affected.

MORE BY AUTHOR
Black Friday Savings - Deals, Tips And Unlimited Discounts
Get 7 Days A Week Shopping Sales Online
Make Your Sleep More Comfortable With Availing Plushbeds Discount Code
A Guide To Perfect Jewelry For Every Occasion
Online Shopping Tips & Hacks To Save Money Live Better
RELATED BLOGS
How Brands Can Win With Internet Of Things (IoT)?
5 Fantastic Tech Gadgets You Should Acquire Right Now
Importance Of 5G In Tech Evolution
Virtual Reality (VR), A Reality?
Top 11 Luxury Cars You Must Buy In 2020
MOST VIEWED BLOGS
Top 11 Luxury Cars You Must Buy In 2020
Implantation Bleeding and Cramping – Are they Symptoms of Pregnancy?
110 Halloween Facts and Myths You Never Knew About
What Is Animal Testing? | Facts | Pros & Cons | Alternatives
All About Layaway - Pros And Cons - The Stores With Best Layaway Plans
Tags