A Comprehensive Guide To The Timeline of HIV

HIV is a virus, which can be life-threatening if you do not take care of your health or incorporate preventive strategies in your life. This guideline will help you know more about HIV, its stages, its severity, medicinal therapy, and ways to combat it. 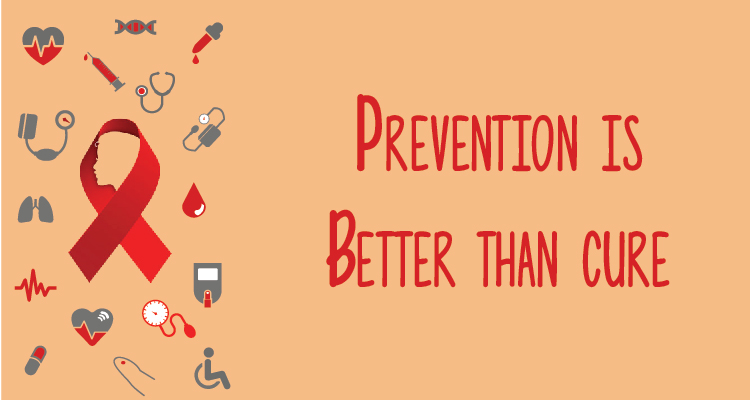 According to the global statistics report of HIV/Aids, there are about 36.7 million people currently living with HIV/Aids and about the total of 35.0 million people have died since the start of the epidemic. (From 1981-till date)

HIV is a life-threatening virus, which attacks the body`s CD4 cells and weakens its immunity shield that guards against infection and illness. The virus enters into the body through certain bodily fluids, and the condition is life-long.

Although the disease is not contemporary, there is still no cure for it. However, there are specific treatments available to reduce or stop the progression and save the lives of people from its devastating effects. Thanks to the recent development in the sector of medical science.

Speaking of the advancements, there has been a significant development in the diagnosis of the HIV 1 virus, as researchers have successfully applied Southern Blotting to identify the presence and the emergence of the AIDS-causing virus. The technique is used to study a particular type of DNA in a specific DNA sample. The diagnosis technique is also applied to study several viral and bacterial infections. For more information on HIV and Southern Blotting, you can consult the experts at MyBioSource.

The symptoms of HIV do not happen overnight, and there is a timeline to the signs including the early stage, chronic, and the final stage.  Here is a guide describing the HIV symptom timeline:

The primary stage is also known as ARS or acute retroviral syndrome. At this stage, the bloodstream contains more potent levels of the virus and can easily be transmitted to other people. This stage causes flu-like infections, which makes it more likely for the patient to think of it as severe flu instead of HIV. Fever is yet another most common symptom during the early stage of HIV.

If someone has experienced any of the symptoms, it is better to seek medical help as soon as possible. Early treatment can help prevent the condition to become worse.

HIV is considered chronic once the patient crosses the acute infection stage, which also indicates that the disease is ongoing. This stage is known as the asymptotic stage. The virus becomes more active but reproduces slowly and steadily at this stage.

Symptoms of chronic HIV might vary and can sometimes be much more severe as compared to that of the ARS stage. People with the advanced chronic HIV stage may experience a series of weight loss, coughing or breathing difficulties, diarrhea, high fever, and excess fatigue.

Those living with HIV should take appropriate precautions and follow their treatment plan with care to prevent the transmission of HIV and other diseases.

The regular testing and diagnosis of HIV along with the medication is critically important to the ongoing quality of life and health, as well as, to the progression of the disease.

AIDS is primarily known as Stage 3 HIV; it develops when the infection has drastically weakened the immune system of the body. As per research, when the CD4 levels fall below 200 cells per cubic millimeter of the blood, the condition is accounted as AIDS.

According to the medical professionals and researchers, most people who are diagnosed with AIDS have developed the disease because of no treatment within ten years of the early stage. At this point in the HIV timeline, the body is vulnerable to an eclectic range of infections and the weak immune system is not able to fight them off.

Specific Lifestyle Changes Can Help Slow The Progression Of The Virus

Apply a lifestyle that boosts your body’s immune system to fight against infection. These lifestyle factors can play a significant role in the purpose.

Prescription Medicine For The Treatment

Different classes of drugs can be used to treat HIV depending on the person’s condition. The doctor will decide the prescription drugs on the virus strength. Following are some medicines that people usually take in their treatment.

Finally, the key to dealing with HIV in the best possible manner is to carry on with a healthcare provider that will take care of the regular treatments along with the diagnosis and medications. Hopefully, now you have got a brief idea regarding how HIV affects the body and how you can deal with it.

Remember, HIV is a virus; It’s the stigma that turns it into a deadly disease. So, let`s join hands, to fight, protect, and give the victims a chance to live, a reason to smile and a healthy tomorrow.

Say no to HIV stigmas!

MORE BY AUTHOR
Black Friday Savings - Deals, Tips And Unlimited Discounts
Get 7 Days A Week Shopping Sales Online
Make Your Sleep More Comfortable With Availing Plushbeds Discount Code
8 Mistakes Couples Make With Their Wedding Gift Money
Online Shopping Tips & Hacks To Save Money Live Better
RELATED BLOGS
The Chronology Of E-Cigarettes: Are They Beneficial For Your Health?
7 Healthy Ways To Detox Your Body Without Starving
Scientifically Studied Ways To Decrease Your Anxiety
My Daily Facial Skincare Routine
Type 1 Diabetes: What It Is? And How To Deal With It
MOST VIEWED BLOGS
Top 11 Luxury Cars You Must Buy In 2020
Implantation Bleeding and Cramping – Are they Symptoms of Pregnancy?
110 Halloween Facts and Myths You Never Knew About
What Is Animal Testing? | Facts | Pros & Cons | Alternatives
All About Layaway - Pros And Cons - The Stores With Best Layaway Plans
Tags