Will it be normal for you to wait outside store for its opening to burst for deals? Come on! its 2020 and Black Friday deals 2020 are also different. Read this article to know more about it. 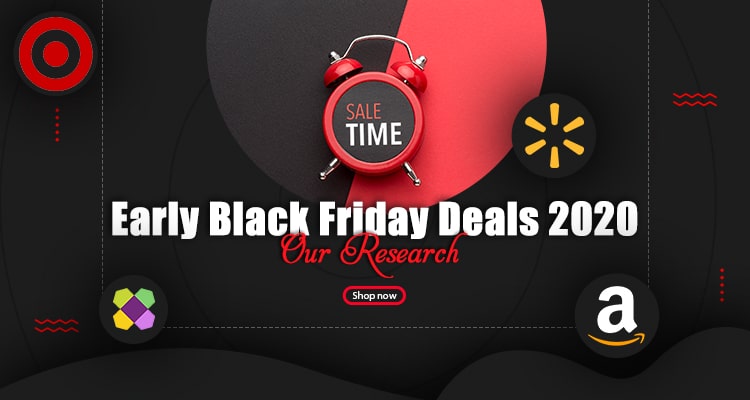 Do you think that retailers will conduct a Black Friday doorbuster event in 2020? Isn’t it so 2019ish? 2020 has changed everything, and Black Friday is no exception at all. The pandemic has restricted the gatherings in malls and shopping places. Such retailers like Target, Walmart, and many more like that have planned to offer online Black Friday deals 2020 first to reduce their in-store rush. There are many stores that are offering discounts to seniors and veterans as well.

That is why we have researched and extracted out the early Black Friday deals offered by retailers. We have seen Amazon Prime Day’s shift from July to October (thanks to the pandemic). And various retailers like Walmart, Target, Best Buy, and the like followed that with their sales. Now the avalanche of holiday sales has kicked off that will be going from November till December. So plan your November shopping 2020 plans accordingly.

So do not worry, folks. It’s not a big deal if you have missed the item in Prime Day sales or during Target Deal Days. There’s still a chance to snag the best of the best through early Black Friday deals.

Here is what everything we have researched on Black Friday deals 2020 from Walmart, Target, and other brands like Home Depot.

But first of all, here are some important questions that may pop up in your head, and you need their answers:

When Black Friday 2020 is going to happen?

Technically speaking, this year, Black Friday is falling on November 27, 2020. But as things are not the same as they were in previous years. That is why Black Friday this year is somewhat different. News and updates regarding Black Friday Deals 2020 is regularly getting update along with significant Black Friday deals and coupons on various websites.

Black Friday deals 2020 is not a single deals day now and more of a mentality. In 2020, does time even have meaning anymore?

What about potential shipping delays during Black Friday?

While various retailers and other large companies have had overcome their pandemic supply-chain kinks. So any kind of frequent slowdown in shipping and deliveries is not expected by retailers.

Actually, early Black Friday discounts and deals are a hedge against product shortage and delay in shipping. People can shop with discounts without any rush and leave as a happy, satisfied one whether online or in-store. And also, it lets people have their gifts and holiday items on time. Also, the overall volume of online shopping and resulting shipping packages has exceeded by 5 percent globally. So that is why early holiday shopping deals are happening. So plan accordingly and read Black Friday shopping guide as well to know what you should buy or not buy.

What Black Friday sales and deals should people expect in 2020?

You can expect deals and sales on:

• Smart home devices from Amazon, as well as Google. They both are competing, and people are drooling over these awesome gadgets.

• You can expect to see the new 8th gen iPad and Apple Watch Series 6 discounts. TVs will be available on discounts as well with no exception at all.

• Students can grab cheap, low-performance laptop deals that can do the job done.

Best deals for you right now

Although a lot of Black Friday deals are not live right now, but we have curated some early Black Friday Deals 2020 for you to grab right now 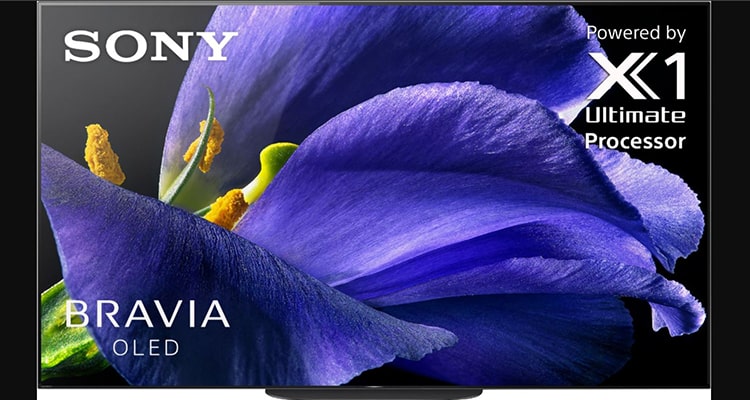 How will the COVID-19 impact Black Friday?

Is there anything the pandemic hasn’t affected? No. it has affected everything, even the retail market trends. So Prime Day was the most significant indication, and Black Friday also may be affected a little by the COVID pandemic this year. So you should be immune to surprises from retailers and expect Black Friday deals to be much more of an arms race as retailers are competing with each other.

As soon as October hit the calendar, Retailers announced their take on the holiday shopping season to lure customers with phenomenal deals. Amazon announced its long-delayed Prime Day, and in competition, Target announced Target deal days. And soon after that, various retailers announced about their Black Friday plans that we are sharing below:

Walmart has announced three major sales events in Black Friday's run-up. The details that we get are as follow:

• The first event of Walmart’s “Black Friday Deals for Days” will begin on Walmart.com from November 4 at 7 PM ET till November 7 online at midnight ET and in stores at 5 AM local time.

• The second early Black Friday deal event starts online on November 11till November 14, at midnight and in stores at 5 AM local time.

• The third and final Black Friday event will start on November 25 at 7 PM (just before the night before Thanksgiving) and will continue till November 27, i.e., the actual Black Friday.

A major and people's favorite retailer, Target has already announced to kick off their holiday season sales till December. In October, they conducted Target Deal Days, Halloween deals. And in November, they have announced early offers of Black Friday deals throughout the month. Also they have Target coupons and promo codes to cater to discounts and deals. The further details are:

According to Target's press release,

• Their deals will comprise of apparel & accessories, home, and electronics categories, to name a few, among others.

• They will offer deals and discounts online first and ten in stores.

• The new deals will be announced every Thursday of November, starting from 29/10.

• Target has also extended its 14-day Price Match Guarantee service till December 24 for is the holiday season.

• If buyers notice that they have purchased an item and its price is dropping down in-store or online, they can request a price adjustment (from Nov. 1 through Dec. 24)

• This price adjustment is valid for the item advertised as a Black Friday deal.

Last month in a blog post, The Home Depot announced that it is extending Black Friday throughout November or the holiday season in 2020. Right now they are offering a discount in the form of The Home Depot discount codes and the following deals.

1. Special Buy of the day (while supplies last)

The further announcements regarding Black Friday are as follow:

• The Home Depot Black Friday 2020 savings will start in-store and online from November 6 till December 2.

• It will cover Thanksgiving and will be later followed by Cyber Monday deals.

Best Buy is another major retailer that kicked off its holiday sales 2020 on Prime Day. It was an unofficial casual sales disguised as an “Early Black Friday” deals event.

Although the retailer hasn’t yet announced official plans for Black Friday or for the remaining holiday season, they have currently hosted an “Amazon 60-hour sales event”.

But do not panic; we have gathered some information regarding their Black Friday.

• Currently, they are offering Preview Black Friday Ad deals. It will end on Saturday at 11.59 PM, i.e., 1st November 2020. You can shop for various items before that.

• Currently, they are creating a Black Friday hype and not announcing the date for early deals. But it for sure will be a treat to watch on the 27th of November.

• Through My Best Buy service, members of the free loyalty program can grab a Black Friday price guarantee so that in case of a price drop on any item members have purchased before November 28, a refund for the difference will be granted.

What is Wayfair up to regarding Black Friday Deals 2020?

• There Black Friday Sneak Peak preview first chance deals are live right now and will stay till Friday, November 13 at 9 AM.

• They also offer up to 60% off on the Head Start Holiday Sale.

• You can score up to 70 % off on their Kitchen essentials.

• You can expect this year’s sales of Black Friday on everything from clothes, accessories, and shoes to furniture and home essentials.

• You can Bookmark their Black Friday Sneak Peek page to get a preview of every discounted thing coming your way.

• You can create a wish list as “My Black Friday Faves,' so you’re ready to buy when the time comes.

What plans has Amazon got for Black Friday amid Prime Day deals 2020?

It's something cooking with Amazon and Black Friday. We are saying this because the retailers have not yet announced anything regarding their Black Friday plans besides the tough competition. Though despite their silence on Black Friday deals 2020 schedules, we expect to see great deals in mid- to late-November.

• Amazon has advertised their early Black Friday deals soon after the day of Prime Day deals, i.e., on October 16.

• They call it a 'Holiday Dash' deals event. And one can still take advantage of these deals as early Black Friday deals.

• The Holiday Dash deals events offered Black Friday-worthy discounts on a range of different products covering from fashion to electronics and beauty to kitchen.

Lowe’s take a little different route this year for holiday shopping sales. Along with providing Lowes promo and discount codes, the retailer is totally eliminating the one-day sale concept of Black Friday and rolling daily one-day, online-only sales named as 'Cyber Steals' from October 22 through December 2.

There are these points to remember regarding their deals:

• You can find a little sale on everything on their website daily.

• You can buy tools, outdoor furniture, lighting, electronics, and more.

• So far, the deals are not that much luring.

So this was our research regarding early Black Friday deals 2020 and sales from your favorite retailers. We will keep on updating the new deals and sales announcements from the retailers so that you will not miss any items. Be safe, shop online, and happy Holiday shopping to you.